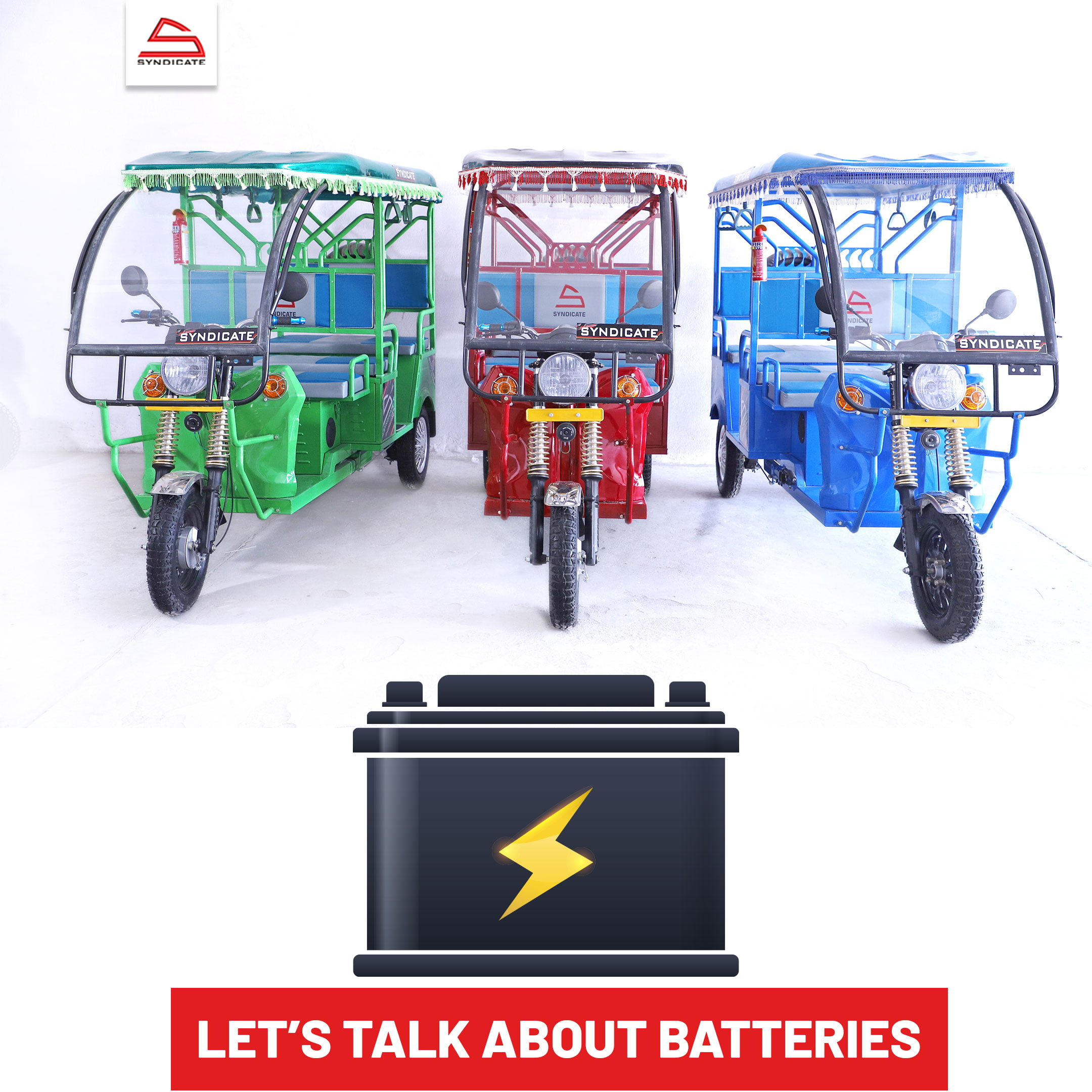 The last few years have seen a steady rise in the popularity of electric automation and hence there has been a steady rise in the demand of electric vehicles in the last few years with people opting for electrical means of transport. eRickshaws are taking over Indian roads at an unprecedented rate, soon becoming the new norm. Coming with specifications of all kinds and highly personalized features, they have already begun to make a sizable dent opposite their conventional fuel run counterparts of both CNG and diesel fuel run auto rickshaws that have been on the roads since years.

The finiteness of conventional fuels and the massive emissions that have been released in the atmosphere as a result of rampant use of fossil fuels have contributed extensively to global warming. This realization has helped in bringing about a very proactive undertaking at the international level to turn towards more environmentally sustainable options.

eRickshaws have in many ways, redefined the mundane daily commuting by eliminating the looming worry of soaring fuel prices and come with a very promising deal of zero emissions. In most major metropolitan cities, it is primarily with the hope of fighting the ever-rising levels of pollution that they have delivered and hence gained the great amount of popularity. The paramount change that they were able to bring as they hit the markets have been incomparable from both stand points of the buyers as well as the commuters. In this regard, let’s explore a little more about these electric autos and understand a little more about electric rickshaw batteries.

As the name states, eRickshaws run using the electricity drawn from batteries. One of the biggest advantages of electricity as fuel is that it can be harnessed in abundance in many ways hence making it an infinite resource. Depending on the geographic location and the ease of availability of resources, electricity can be harnessed and the same can be used to charge the batteries of the eRickshaws and other electric automobiles.

The batteries used in these electric vehicles may either broadly be lead acid batteries or Lithium-ion batteries. Lead acid batteries are the conventional ones that require the electrolyte- in this case distilled water to be regularly refilled. They lose charge faster than they get charged. So, in the short term, while this may seem like a better option, in the long run, the lead acid batteries have a shorter life.

The Lithium-ion batteries come with a much longer life along with the capacity to be almost completely recycled as a lot of metals are involved in the making of the battery. They also come with the ability to take up charge much faster than draining. Lithium-ion batteries are made using lithium in combination with one or more metal ions in combination in their oxidized states. Depending on the needs, the types of metal ions being used in the batteries may vary with the most common ones including cobalt, manganese, cobalt, iron phosphate etc.

The most commonly used battery in case of electric rickshaws however is a Lithium nickel manganese and cobalt oxide batteries and these are also used in electric two-wheelers often. However, it may vary with specifications based on the manufacturers. It is also advantageous on many fronts including that it self-heats very slowly. While these are cost effective, they also have a longer battery life and fair well when it comes to performance.

A very common term that you might come across when researching about electric batteries is specific energy or the capacity of the battery. Very simply put, it is the amount of energy that can be stored in the batter with respect to its density expressed in watt-hours per kilogram. In case of automobile batteries for electric vehicles, this is anywhere between 150–220Wh/kg depending on the make and model of the batteries.

Lithium-ion batteries are recyclable by about 80% of all the parts used in them. In recent times, there are newer avenues that are coming up with technologies to be able to recycle the remaining parts of the electric batteries to promote and encourage the switch to more feasible options of technology over conventional and older technologies. Let us contribute and take a step towards sustainability!